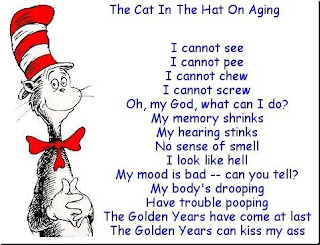 Those of you who have read some of my past articles are aware that I wrote mostly about various aspects of primary care and our dysfunctional healthcare delivery system overall. A few years ago I wrote a post for KevinMD on moving to a retirement community. Since then I became interested in the actual process of aging and did some further posts for KevinMD. Why do we age? Why do our various organs lose function over time when does it start and how fast does it occur? Can we do anything about it; can we slow it down? Why do complex chronic illnesses become more prevalent with aging? Can we prevent those? What research is ongoing? And from there – would a pill delay aging? What are the efforts to actually reverse aging, a search for the Fountain of Youth? After a few years of research came “Longevity Decoded – The 7 Keys To Healthy Aging” which was published in April, 2018 and is available on Amazon. This article and those to follow are based on this journey of exploration.           Your comments will be most welcome.
**************************
We are all aging every day but mostly we ignore it, do not recognize it or deny it. Then all of a sudden we look in the mirror and realize that older age has found us. Even then each person deals with aging differently.
There is a parody by an unknown author of Dr Seuss’ “The Cat in the Hat” which takes a negative perspective on aging. Perhaps “The Cat in the Hat” says much of what many people feel and think.
But there are other perspectives, many much more positive.
After I told a friend about the concept of what I was writing, he sent me the following: “About 25 years ago I received a video about the Adirondack Park. When the park was established – in the late 1800’s I believe – the New York state government drew a blue line around the immense region. Individuals living inside the park were allowed to stay, and pass their land onto heirs, but they could not sell their property to others. Over the succeeding generations the land not passed on to heirs became owned by the state. The video was about a gentleman in his 60’s who was one of the last of his generation and focused on preserving what had been the Adirondack way of life – realizing it was about to fade into history. In the video as he talked he slowly unfolded a 6′ wooden ruler. He went on to indicate that the 72 inches represented the average lifespan in years for many folks. He then indicated his age on the ruler and made the point that while he hoped to live beyond the end of the ruler he realized his time was short and he had limited time to accomplish his goals.

“My dad had recently passed away – at the age of 72 – and in his tools I found a folding ruler. After seeing the video I picked up the ruler and unfolding it became aware I was beyond the half way point. Over the years I have often opened and looked at the ruler. I recall at 50 feeling that time was speeding up. For some reason now that I’m in my 60’s the passage of time bothers me less – but I am aware of the limited amount left. I am also focusing more on what happens when, hopefully, I go beyond the end of the ruler.
“It seemed to me your audience may benefit from an increased awareness of time and what they can do to productively live their lives now with that goal of having an enjoyable existence in the future.”
Good advice. Here are some other bits of personal philosophy about aging and its impact on us as individuals.
Ian Brown in his book The Experimentrebels at aging through his diary that he starts at age sixty. As recounted by Gerard Helferich in a Wall Street Journal book review, “His journal is largely a protest against decline. His hearing is fading, along with his memory. His knees ache. His arches have fallen. His face sags, and a patch of hair over his forehead resembles ‘a random stand of corn that somehow got planted away from the main field.’ He has rosacea, age spots and a hemorrhoid. Though he and his friends still hike and ski, it’s a case of ‘ever-older men doing daring things, to prove we’re still daring, and therefore not older.’ Mostly Ian Brown regrets not taking more risks… he is afraid that he hasn’t lived up to his promise… A friend reminds him that we spend the first half of our lives wishing we looked like someone else and the second half wishing we looked like our former selves.”
Willard Spiegelman, on the other hand, in his early 70’s when he wrote Senior Moments may be, says  Helferich, “closer to the end than Mr. Brown, [but] he doesn’t betray dread or regret but a gentle, teasing acceptance. ‘We come into the world alone, with a cry…we exit alone, to confront the final eternal silence. The fun, all the pleasure and adventure, lies in between.’ [The two books] striking dissimilarities—in content and form but especially in attitude and voice—derive from the authors’ varying views on life more than from their relative ages or their divergent attitudes about the end of life. Whether we are 60 or 70, or 80 or 90, how fiercely we rage against the coming of that good night depends above all on how we have embraced the sum of our days.”
“The Cat in the Hat” has a clearly negative perspective on advanced years and certainly not all would agree. My friend with the 72-inch ruler is rather philosophical while recognizing that time is indeed moving on.  Brown wants to deny and so does “daring” adventures while Spiegelman is more accepting of what lies ahead.
The perspective of an older person is related mostly to how he or she perceives life and how he or she has lived their earlier years. It is with that background of life and living that we come to terms – or not – with growing older.

More is in   Longevity Decoded – The 7 Keys to Healthy Aging