You can live a long and healthy life. There is no magic pill or Fountain of Youth, but you can achieve it with simple lifestyle modifications: 1. Eating the right foods 2. Getting the right exercise 3. Reducing and managing stress 4. Improving the quality of sleep 5. Eliminating tobacco 6. Remaining intellectually engaged 7. Staying involved socially. The advice in Longevity Decoded works—because it puts you in charge of shaping your future. Everyone wants to live a long and healthy life—Longevity Decoded is your roadmap. The seven keys cost nothing, except your time and commitment. Dr. Stephen Schimpff provides you with straightforward advice for achieving and maintaining good health over a long life.

Following his seven keys will pay generous returns over the years ahead, and there’s a bonus: You’ll become a role model and inspiration to your children and grandchildren!

“A highly enjoyable and uplifting read written by a physician with uncommon intellect and wisdom. Certainly, we can all benefit from following Dr. Schimpff's prescription for a healthier and more meaningful life.” 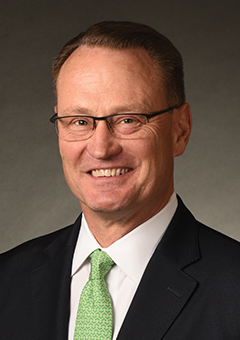 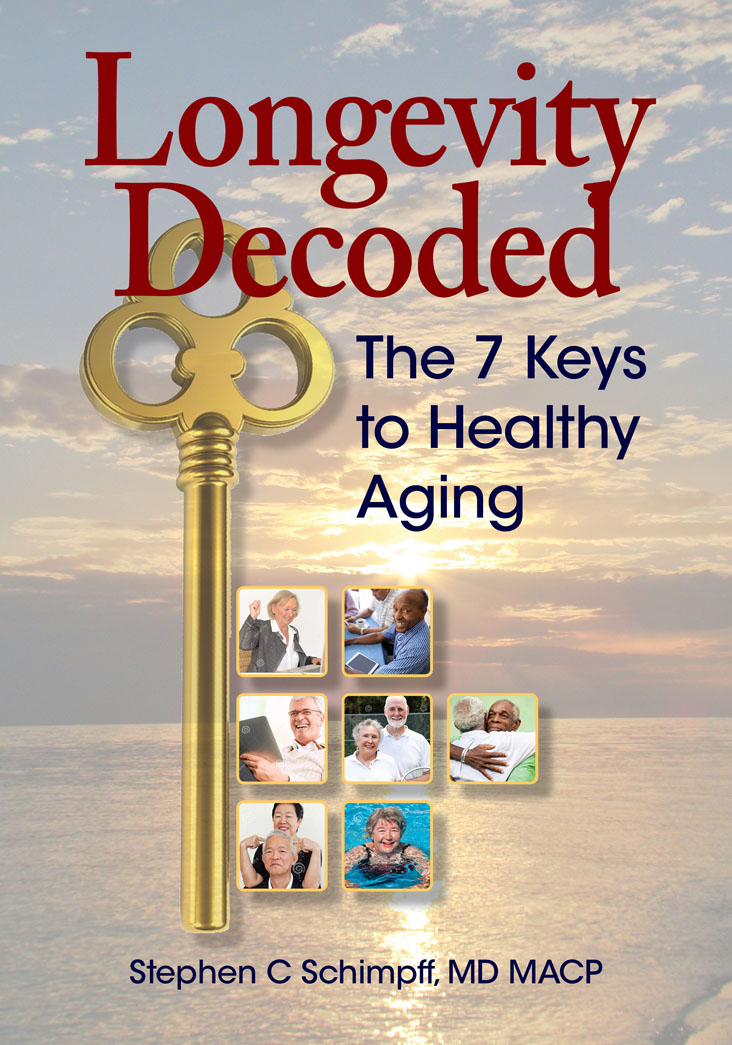 Boost Our Own Metabolism

BOOM (or “Boost Our Own Metabolism”), uses scientific principles and medical evidence to improve nutrition, exercise, sleep, and stress – and to advance overall health. The guidance provided in this book will help readers to achieve an increase in lean body weight and a decrease in fat weight; to feel stronger, lighter, and more energetic; and to reduce the risk of many chronic illnesses that diminish longevity and quality of life. By following these strategies, readers will be able to slow the aging process and, as a result, to live longer and healthier lives.

All profits generated from BOOM will be donated to the University of Maryland Medical Center to further COVID-19 research.

“The future of American medicine will be centered around prevention and our ability to motivate patients to adhere to lifestyle changes, regular exercise programs, stress reduction techniques, and therapeutics that improve the duration and quality of life. In BOOM!, a comprehensive guide to improving your health, Dr. Oken and Dr. Schimpff share their tested philosophy on how to live a longer and better life. Members of the medical community -- and our patients -- are the lucky beneficiaries of their singular expertise and their combined decades of experience as practicing physicians. I commend Dr. Oken and Dr. Schimpff for sharing their unique and valuable perspectives, and for helping us all to live healthier and more rewarding lives” 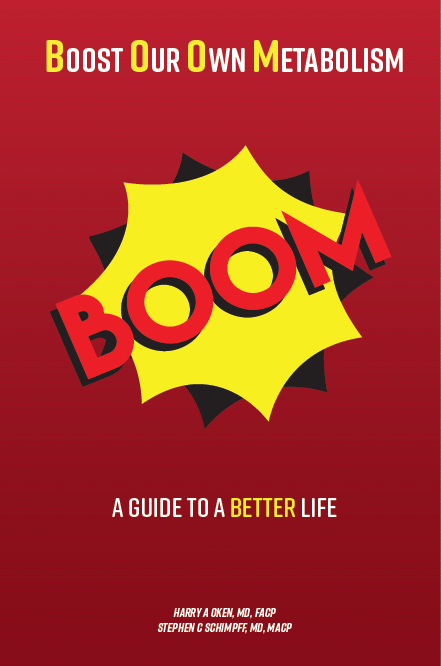 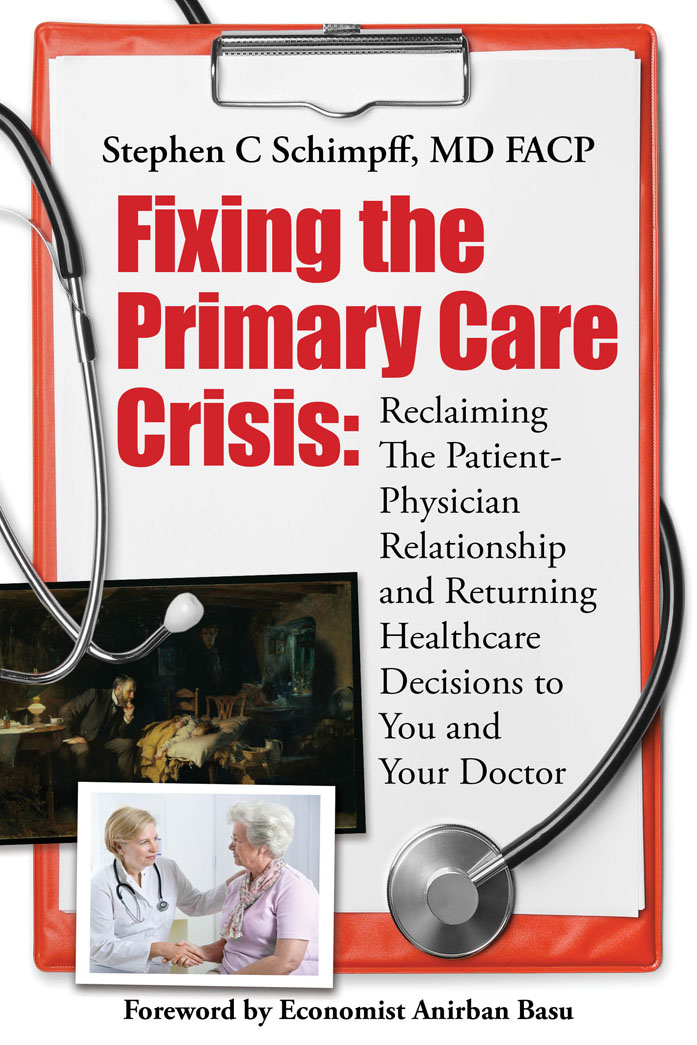 Dr. Schimpff calls for restructuring America’s health care system, defining the primary care crisis as a combination of a shortage in the number of primary care physicians (PCPs), the lack of time physicians have available to dedicate to each patient and inadequate reimbursements.  Primary care physicians who are in private practice are basically in a non-sustainable business model. They can’t make it work because their overhead costs rise faster than insurance reimbursements increase, so they try to see an ever-increasing daily load of patients to cover their costs. Patients typically receive only about 10 minutes of face-time with their physicians, and patients with time consuming problems are commonly referred to specialists. This leads to unnecessary costs and frustrations as patients go from specialist to specialist, and PCPs are seen as less reliable and credible.  According to Dr. Schimpff, “Time, or the lack of it, is the single biggest issue facing PCPs in our health care system. It means quality of care is less than it should be, costs are too high and the opportunity for true healing is remote.  It is impossible to deliver high quality care in a 10-15 minute visit when the patient has three to five chronic illnesses, is taking multiple prescription medications, and presents his PCP with a new problem.”

"An outstanding treatise describing how misdirected attempts to save money have underfunded primary care resulting in lower quality healthcare, an increasing shortage of primary care physicians, and an increase in the cost of healthcare..." 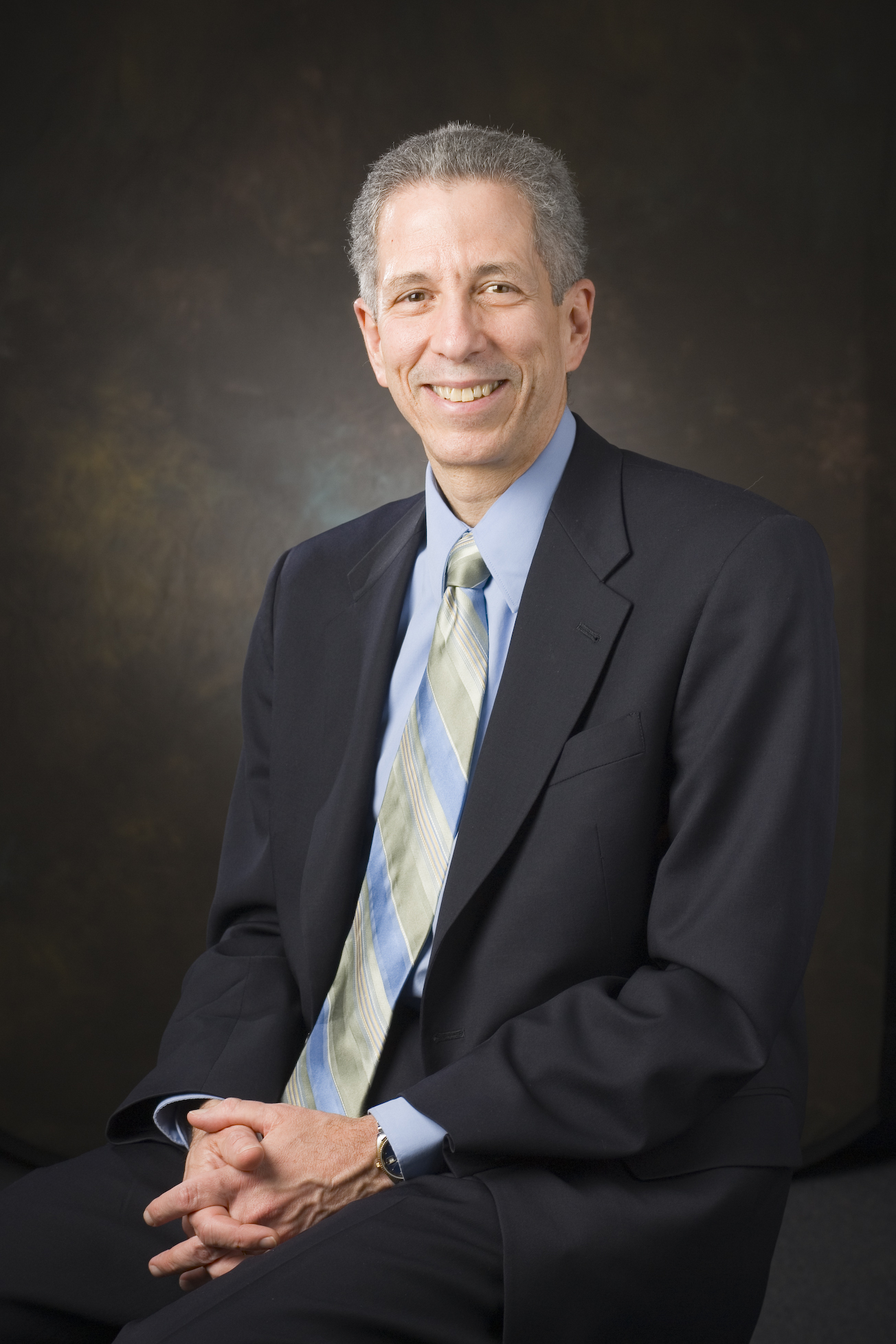 The Future of Health-Care Delivery

Why It Must Change and How It Will Affect You

If you think Americans have the best health-care system in the world, think again. In this deeply researched and controversial book, Dr. Stephen Schimpff explains why our health-care delivery system serves us so poorly, why it costs so much, and why government policy over many decades has not only failed to improve care delivery but has actually made it worse. In the process, he dispels common misconceptions about medicine and health care. The Future of Health-Care Delivery provides timely information and a road map to achieve world-class care delivery, putting health care where it belongs—in the hands of the patient and medical professionals instead of the insurance companies and government.
"Dr. Schimpff collects the insights from front-line health-care leaders to explain the coming disruptive changes that will impact our care delivery, and he offers sensible advice on what government, medicine, and individuals can do to improve care delivery while reducing the costs.” 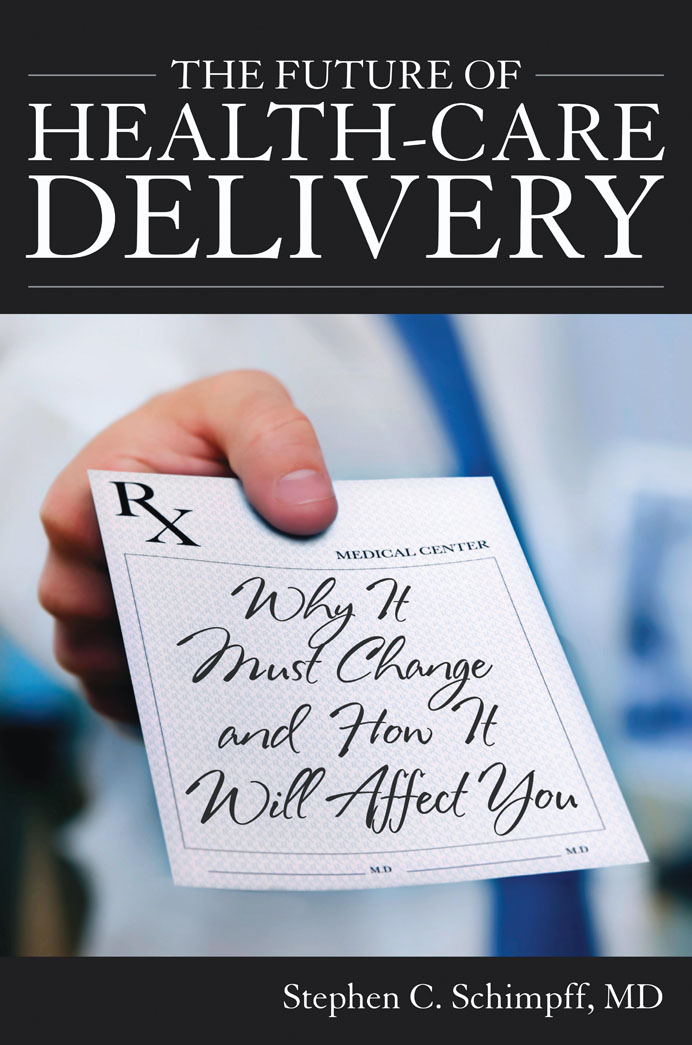 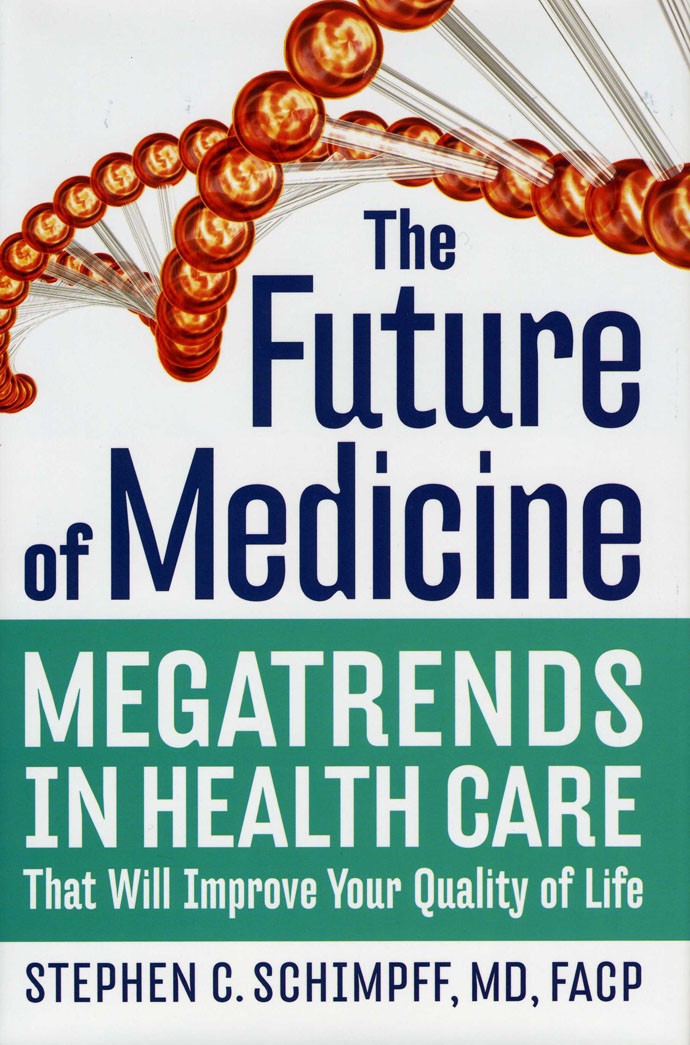 The Future of Medicine

Megatrends in Health Care That Will Improve Your Quality of Life

Medicine is undergoing a group of interrelated revolutions that are dramatically changing how health care will be administered. These megatrends are occurring in areas that include genomics, imaging, pharmaceuticals, the operating room, and alternative and complementary medicine. Unfortunately, those who stand to benefit the most-the general public-have been in the dark, lacking information in a language they can understand. In The Future of Medicine, you discover not only what is happening but also the implications of the changes and how they benefit you and your family. The Future of Medicine is the first and only book that introduces a lay audience to the megatrends transforming medical care. Dr. Schimpff comprehensively addresses the issues of health care by combining scientific fact, personal stories, and the insight of a physician/executive/consultant with vast experience in implementing new medical advances. In an accessible writing style, Dr. Schimpff is honest about what tools, techniques, and treatments are making a difference and those that are not working-at least, not yet.
“It has been a privilege to have known Dr. Stephen Schimpff for over three decades. He was a pioneer in the study of infection complications of cancer patients and has been a leader in academic medicine, both as a scholar and a highly lauded administrator. His broad background in medicine enabled him to write a remarkably thorough, comprehensive and forward-looking book for the public entitled “The Future of Medicine: Megatrends that Will Improve You Healthcare” Using his detailed knowledge, Dr Schimpff has written an authoritative and thought provoking book touching every key issue in modern medicine and bioscience, including genomics, stem cells, imaging, digital medicine and more. In each section he shines a light of lucidity on complex topics and issues that makes them understandable and valued by readers. This is an excellent contribution by a renowned medical leader.” 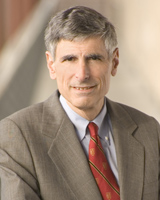 Fortune Seekers in the Promised Land

German immigrants discovered Canaan Valley in 1748 proclaiming “Besiehe das Land Kanaan” (“Behold, the land of Canaan”). Having experienced continuing war in their homeland, they were searching for a “new Canaan” and they believed it found. Huge stands of red spruce and hemlock lined the north facing slopes. This was not just another virgin forest. The height and girth of the trees surpassed any others near and far with average trunk diameters of 4 feet and more. It was truly magnificent in its pristine glory. The timber of Canaan Valley was not to be surpassed. An acre of timber would produce up to 100,000 board feet, surpassing by a factor of more than 4 times any area nearby. And under the land lay vast deposits of coal waiting to be extracted.

West Virginia’s Canaan Valley and Blackwater Canyon, being comprised today of state parks, national forests, a wildlife refuge and a national wilderness, are a destination to reconnect with nature. Beautiful but it pales to its virgin state. 100 years ago it became a wasteland destroyed by clear-cut logging and aggressive coal mining. The once “promised land” seemed to hold little promise. Schimpff and Miller detail in words & photographs the region’s origin, discovery by speculators, desecration by developers, and on-going recovery. Today the land continues its struggle to recover. Will today’s fortune seekers learn from the experiences of the past, or are we destined to repeat them in some other manner or form? Only time will tell.

"Fortune Seekers in the Promised Land reminds us of the need for appropriate public policy to prevent wholesale destruction of our natural environment. The desolation imposed on a most beautiful region was almost indescribable and regeneration of the land will take centuries if not millennia. The question is - will we learn from our past mistakes or are we destined to repeat them?" 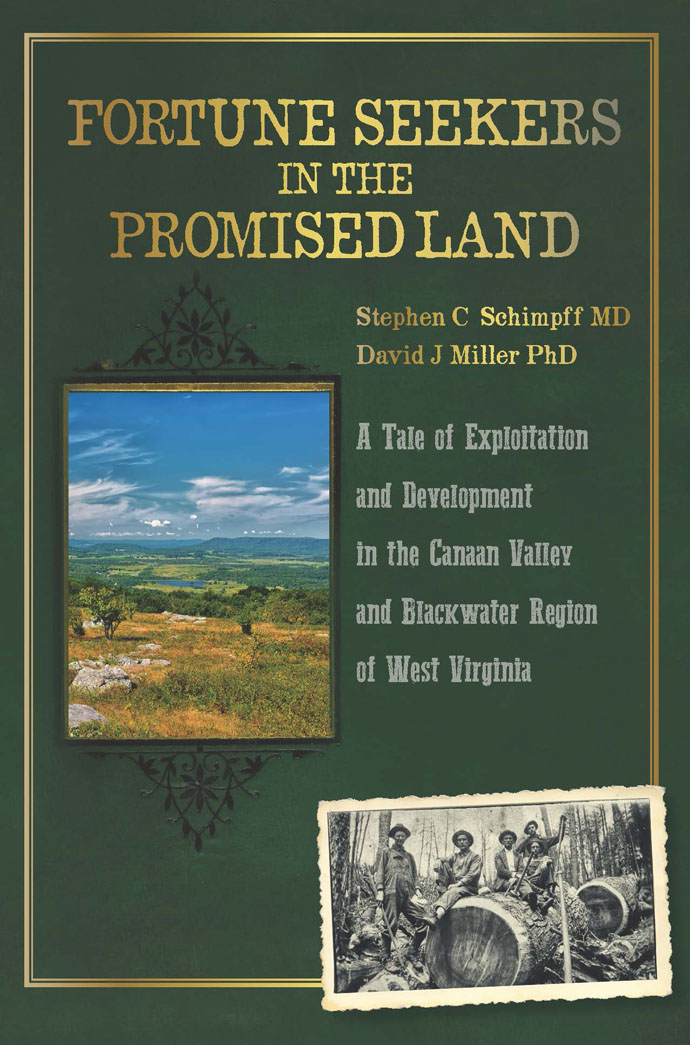 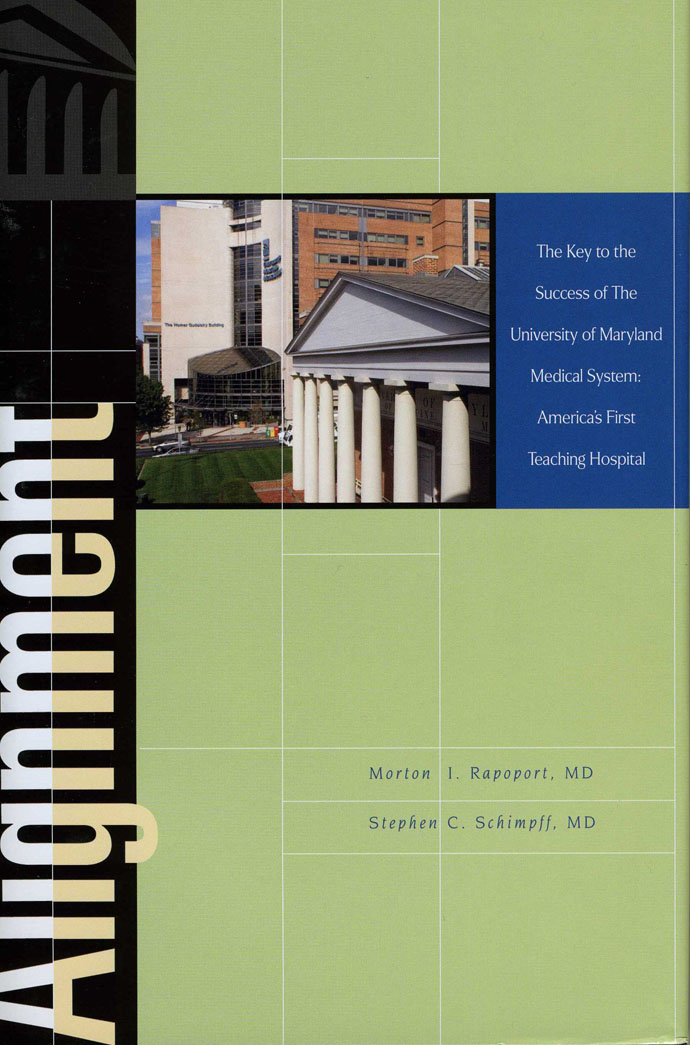 The Key to the Success of the University of Maryland Medical System: America’s First Teaching Hospital

The story of how a failing university hospital in Baltimore became a thriving academic medical center and the flagship of a 14-hospital system across Maryland. It demonstrates the absolute importance of establishing alignment between the hospital and affiliated medical school but also with the faculty, the state government which assisted in recapitalizing the facilities, and with business and community leaders and others that assisted with support. Although ostensibly about a single institution, the story is universal for any academic medical center and for that matter any community hospital which should seek alignment with its community physicians and its community at large. It is also relevant to all business leaders since alignment – or its absence – is so often the critical ingredient in managerial success or failure.

“Mort and Steve outline the steps that were necessary to turn an ailing institution into a thriving academic medical center. They emphasize the importance of aligning the hospital with its governance, the school of medicine, the faculty physicians, the state government and the community. More than anything else that was the key to success.” 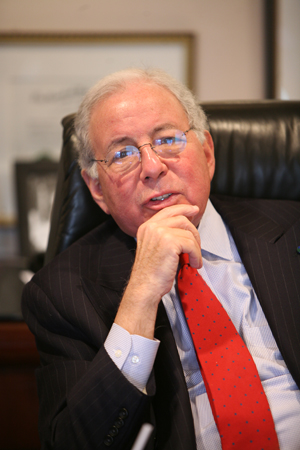