Gluten is a mixture of proteins found in wheat, rye, barley, spelt, kamut and a few other grains. Gluten which means glue in Latin is the substance that gives bread its texture and elasticity. It’s what gives bread that sticky pull which is so nice when you break a good French baguette; it’s what gives a muffin its spongy characteristic and it helps form those little cells in warm bread that soaks up butter.
Gluten is not found in rice, corn, quinoa, amaranth or tiff. Despite its name, buckwheat does not contain gluten. Oats are gluten free but often raised near wheat or processed in mills that also grind wheat so they can be and often are cross contaminated.
There are three (possibly more) illnesses caused by gluten – celiac disease, gluten allergy and gluten sensitivity. Celiac disease is a serious life-modifying and often life-threatening disease. It is an autoimmune disease meaning that gluten sets up a reaction in a predisposed individual such that the body attacks its own cells. Not only can it cause gastrointestinal damage leading to malabsorption but it can lead to problems in multiple other organs in the body. Previously rather uncommon with no more than one person in 300 having the disease, today about 1% of Americans have celiac disease and the incidence appears to be rising still. It occurs in people who have a genetic predisposition, these being about one third of the population. But within that group of predisposed individuals, only some will develop celiac disease for reasons that remain unclear.
Gluten allergy is uncommon, affecting less than 1% of the population. It’s an allergy similar to how some people develop G.I. symptoms from, say, shellfish. Usually the reaction comes on quickly after eating, can be quite severe often with abdominal pain, nausea, vomiting and diarrhea. The reaction stops once the offending allergen (gluten) has passed out of the body.
Gluten sensitivity (or gluten intolerance) affects perhaps 10% and possibly more of the population. It ranges from rather mild to quite severe. The most common symptom is abdominal discomfort (“bellyache,” nausea, bloating) in two thirds of affected individuals. The next most common symptoms do not relate to the GI tract – eczema, “foggy mind,” headache and fatigue, all occurring in about a third of individuals. One third develop diarrhea when they eat gluten. Other less common symptoms are depression (20%), anemia (20%), numbness in hands or feet (20%), acid reflux and joint pains in about 10%.  The severity of the symptoms seems to depend upon how much gluten is ingested at one time. The more one eats, the worse the symptoms. For some people the symptoms dissipate within just a few hours but, for others, problems such as diarrhea, reflux or even abdominal discomfort can persist for days or even weeks.

In a continuing care retirement community of about 2000 residents where I live, Charlestown probably has about 20 with celiac disease, a few with gluten allergy and 200 or so with gluten intolerance/sensitivity. Many will not be aware of the connection between their symptoms and gluten ingestion. The diagnosis is often missed by physicians because the symptoms can be vague. Many problems cause abdominal discomfort and many of the symptoms of gluten associated disease are not related to the GI tract, such as headaches or rash. 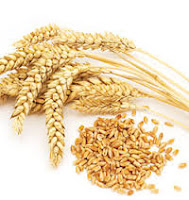 There are no medicines or pills to take. Whether it is celiac disease, allergy or gluten sensitivity, the only effective approach is to totally avoid gluten.